Skip to Content
Home Blog Religion Religion vs Spirituality
by 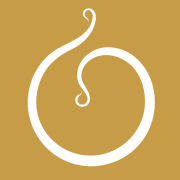 Why are they considered seperate?

Have you ever wondered why religion and spirituality are separate? The question has been on my mind for most of my life. Why? Well, I was born into the catholic religion with a spiritual lineage. My grandfather was a strict catholic, born of Irish and German descent who married my grandmother who was a gypsy fortune teller from Poland. The two were as odd of a pair as they sound, but they both played a vital role in my childhood, and religion vs spirituality was a big part of my upbringing.

Imagine going to catholic school during the day, praying, lighting candles, and learning about God and Christ. Then after school, you go home and read witches and warlock books, tell your fortune, and make voodoo dolls out of those coarse, yellow broom straws. You all know what broom I’m talking about. That was my childhood in a nutshell and I felt deeply connected to them both.

So, I started doing a little google research and found some interesting points. Religion, in a nutshell, is a community belief system. Meaning a group of individuals worshipping the same holy or highly evolved being. Christ, Buddha, Krishna… the list goes on. Spirituality is an individual practice. Not participating in a community based belief, but rather an internal one. Astrology, Tarot, Psychic Abilities etc. The two intertwine by using the practical application in spirituality to honor the highly evolved being who created the teachings. I found this article to be very useful in breaking down the two.

With that short summary of the origins of religion vs spirituality, at what point do either of them seem separate? In my personal opinion, there isn’t one. If religion is based around community and spirituality is individual, then I’m certain we can all agree that one simply cannot exist without the other.

This brings me back to my grandfather and grandmother because as opposite as they were one could not live without the other.

It wasn’t until my grandfather’s abrupt passing that my spiritual practice would kick into overdrive. Looking back on it now I can see that my grandmother was preparing me to go deeper internally. Because my religious belief didn’t prevent the chaos from coming after the unexpected death of my grandfather. In fact, it was my spiritual practice that took my prayers from external to the internal that ultimately saved my life.

From my personal life experiences and family lineage, I believe we need both. We need religion for our community belief system and we need spirituality for our individual belief system. That is why we drop down to our knees in prayer to God and we pull tarot cards to help align our path in this life. We honor Buddha as an enlightened being and practice meditation and we honor Christ as the son of God who died for our sins. There is no wrong or right religious belief and there is no right or wrong spiritual practice.

Instead of Religion vs Spirituality, Let’s bring them together and say, “I believe in Spiritual Religion“